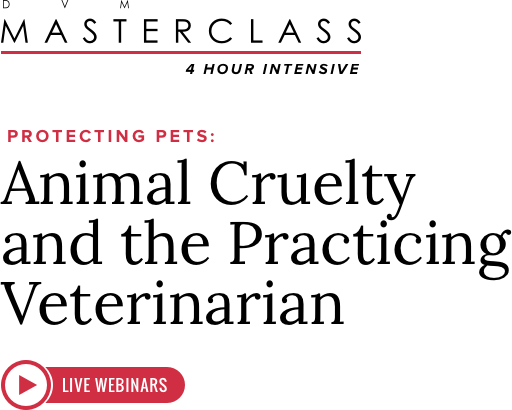 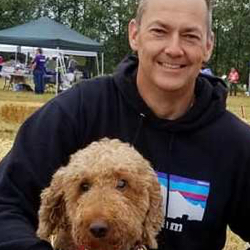 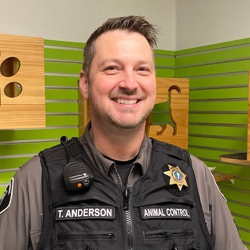 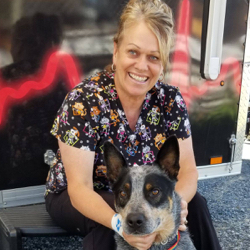 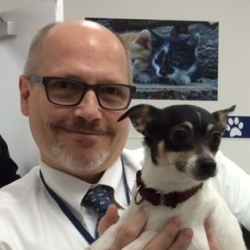 Prosecutor Presentation
An overview of animal cruelty laws, including the veterinary Immunity law will be provided. Discussion will include, from the prosecutor’s perspective, what they look at when deciding whether to charge an owner for cruelty. Recommendations will be included for what veterinary offices should and should not do regarding reporting and documenting suspected cruelty cases. Washington State public records laws will also be covered as they pertain to clients obtaining veterinary records and reports.

Animal Control Officer Presentation
An overview of duties, responsibilities, and different types of Animal Control Officer (ACO) programs will be covered. An overview of what an ACO does when a complaint is made alleging neglect or abuse, including follow-up, investigation, and communication with the animal owner. Recommendations for veterinarians on how they can best support and assist ACO’s in their work.

Veterinarian Presentation
The discussion will include recommendations on how to discuss concerns about animal care and possible cruelty with clients, as well as how to discuss concerns with veterinary clinic staff. Other topics will include who in the clinic should make a complaint to ACO or law enforcement, public relations do’s, don’ts and concerns, and clinic safety and fear of retaliation.

Chris Quinn is a senior deputy prosecuting attorney for Whatcom County. As a prosecutor, Chris represented the people of Whatcom County in criminal cases set before both the Superior and District Courts. He prosecuted a wide array of crimes ranging from theft of livestock and check forgery to illegal drug trafficking and armed robbery. Outside the courtroom, Chris regularly worked with law enforcement on active criminal investigations. He currently serves as the legal advisor to the Whatcom County Executive’s Office and Whatcom County Public Works Department.

Gene Mueller, DVM, MPH, has been the Manager of Regional Animal Services of King County since 2012; and volunteers as vice president of the Washington Federation of Animal Care and Control Agencies. Gene previously led the Chicago Veterinary Emergency and Specialty Center and served as the President of the Anti-Cruelty Society, one of the nation’s oldest Humane Societies located in Chicago.  He holds a Doctor of Veterinary Medicine and a Master of Public Health degree from the University of Illinois.