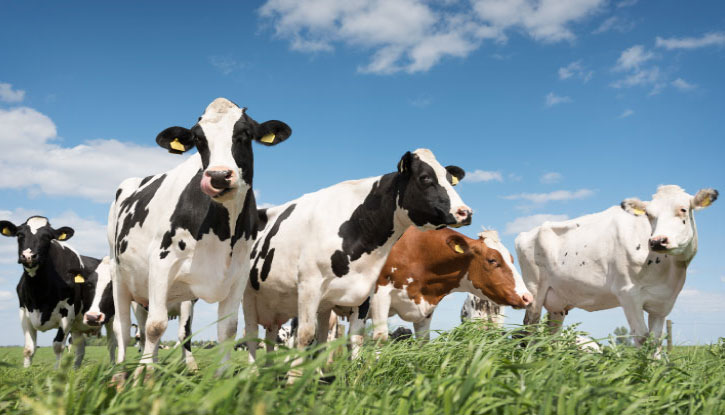 TB, or not TB: that is the question

I think it’s safe to say that the most important things I’ve learned in life have occurred on the tailgate of a pickup truck or at the tail end of a cow. This is the second of a multi-part series, where I will talk to veterinarians about interesting topics. This month, I sat down with Dr. Clair Hibbs, born in rural Missouri in 1923. Clair grew up on his family’s diversified farm, rode a pony named “Cricket” bareback with his two brothers two miles to school every day, and helped his dad ship cattle on the Chicago rail. After leaving home, Dr. Hibbs worked as a tradesman at Alcoa, served with the Seabees in the Navy during World War II, earned a BS and a DVM at the University of Missouri, and then was a livestock veterinarian for seven years before furthering his education. He earned a master’s degree and a Ph.D. at Kansas State University, paving the way for a career as a veterinary pathologist in Nebraska, New Mexico, and Kansas. Dr. Hibbs always says he’s been unusually fortunate throughout his life and has amazing stories accounting for his almost 100-year journey. 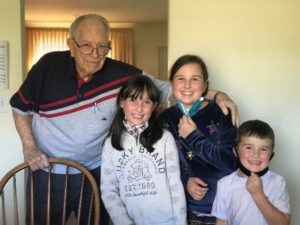 Dr. Clair Hibbs celebrating his 98th birthday with my kids this year.

Dr. Hibbs and I became fast friends after he invited me to present on Malignant Catarrhal Fever cases I diagnosed connected to the Puyallup Fair in 2006. Recently, Clair celebrated his 98th birthday and moved into a retirement home after his wife, Ann, of 76 years passed away. He only clung to a few important possessions, including the scientific publications that he graciously passed on to me. This one entitled “Tuberculosis in New Mexico Dairy Cattle” published in 1986, caught my eye. Interestingly, what he wrote in the discussion 36 years ago, complemented a publication by the Washington State Department of Health stating “Tuberculosis cases on the rise globally and in Washington State” in May 2022. 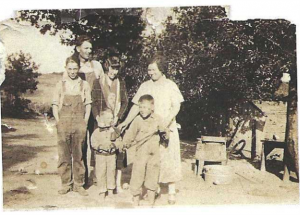 Tuberculosis (TB) is a contagious disease of both animals and humans and has zoonotic potential. TB is caused by one of three specific types of Mycobacterium bacteria: M. bovis, M. avium, and M. tuberculosis. Bovine TB, caused by M. bovis, can be transmitted from livestock to humans and vice versa. When Dr. Hibbs was growing up, bovine tuberculosis was the most prevalent infectious disease of cattle and swine in the United States and caused more losses among U.S. farm animals in the early part of the 20th century than all other infectious diseases combined.

For the last century, The National Tuberculosis Eradication program has greatly reduced the incidence of tuberculosis in cattle herds across the U.S., however, sporadic cases continue to be detected, mostly at slaughter. Experts from USDA APHIS believe there are four main reasons we continue to find new M. bovis cases in the U.S.: 1) wildlife reservoirs 2) undetected active US/MX strains 3) Mexican feeders/rodeo imports and 4) humans.

In 2019, some staff members who worked extensively with elephants at the Point Defiance Zoo tested positive for latent tuberculosis. Upon routine annual testing, the healthy-appearing elephants were also determined to be TB positive. Some of the workers did report recent international travel to countries where TB is more prevalent, and transmission could very well have been human to elephant in this case.

Last month, state veterinarians in New Mexico and Texas are reporting that in recent large dairy outbreaks, they are isolating multiple strains of tuberculosis (through whole genomic sequencing). Although there is no firm evidence, since there are no TB testing requirements of farm works, state animal health officials speculate that the workers could be one way that multiple novel strains of TB are being introduced into the herds.

This brings us back to Dr. Hibbs publication from three decades ago suggesting that infection may be associated with latent human infection. 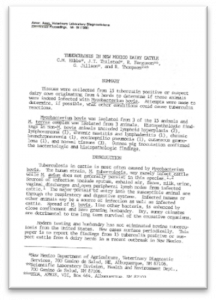 Last month, I said that you should listen to your Dad, and probably mine too. This month, I’m thinking we should have listened to Dr. Hibbs many years ago as a starting point to help us solve the mystery of why haven’t we been able to eradicate TB in the U.S.? We know that our current TB surveillance system in the U.S. cannot detect TB faster than new cases arise and novel strains enter the U.S. every year. With 100 million susceptible cattle and less than 50% detection ability within five years, TB infections will continue to spread.

In his lifetime, Dr. Hibbs has survived drought, war, a depression, and a global pandemic, but bovine tuberculosis remains 100 years after the inception of the U.S. eradication program.