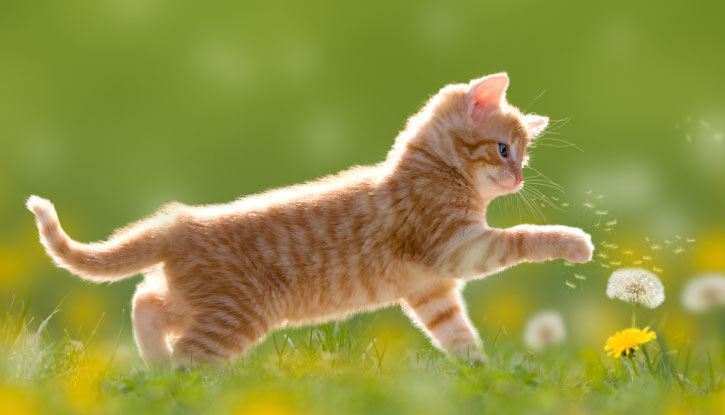 A new test developed by Washington State University researchers can detect a rare genetic mutation in cats that can cause potentially deadly reactions to some common medications, including those used to control parasites and in routine surgical procedures, like spays and neuters.

The only way to tell if a cat has the mutation, which is found in about 4% of all cats, is through a genetic test, which is available to pet owners and veterinarians for $60 on WSU’s Veterinary Clinical Pharmacology Laboratory’s website.

“If a cat experiences an adverse drug event that could have been prevented, the veterinary bill will be a lot more than the cost of this test,” said Dr. Katrina Mealey, Regents professor in WSU’s College of Veterinary Medicine.

Mealey and her team in the Program in Individualized Medicine (PrIMe) at WSU’s College of Veterinary Medicine have been working to develop the test and identify drugs that may be toxic to affected cats since 2014 when they discovered the mutation, which occurs in the MDR1 (multidrug resistance 1) gene, also known as the ABCB1 gene. The gene plays an important role in limiting drug distribution to the brain and in enhancing the excretion of many drugs.

Mealey is also responsible for the initial discovery of the MDR1 mutation in dogs in 2001 and for leading the development at WSU of the first commercial tests for canines.

After discovering the mutation in cats, Mealey and her team set out to determine the frequency of the mutation by analyzing the DNA samples of more than 1,000 cats stored in the college’s DNA bank.

In dogs, Mealey had previously determined the mutation is most frequent in herding breeds, but no such correlation has been identified in cats.

“The mutation is probably about as common in cats as it is dogs, except that in dogs we know it is more breed-specific,” Mealey said. “So, if you have a collie, we know the animal has a 75% chance of having the mutation. In cats, though, it seems to be widely distributed and not breed specific.”

Mealey said she recommends the test for all cats.

“Unfortunately, we don’t have a breed association in cats like we do with dogs to be able to say if your cat is this breed, you should get it tested,” she said.

Medications known to cause adverse reactions in cats with the MDR1 mutation include products containing eprinomectin, emodepside, ivermectin, loperamide, selamectin, milbemycin, moxidectin, acepromazine, apomorphine, butorphanol, vincristine, vinblastine, doxorubicin, and paclitaxel. Cats with the mutation may have severe adverse reactions – like tremors, disorientation, blindness, lack of muscle control, and death – to the drugs.

Once a dog or cat has been genotyped by WSU, its owner will have online, personal access to a board-certified pharmacologist who can answer questions about the safety of medications.

Mealey and her team are continuing research to learn which cat breeds are most affected and to identify additional medications that may cause adverse reactions.