Vesicular diseases are clinically indistinguishable. All vesicular diseases can produce vesicles progressing to erosions in the mouth, nares, muzzle, teats, and feet of livestock. Affected animals are usually febrile, anorexic, and depressed. Although vesicular diseases produce similar clinical lesions, the species they affect and the severity of lesions differ.

Foot and mouth disease (FMD) is endemic in Asia, Africa, the Middle East, and parts of South America. The U.S. has been FMD-free since 1929. Species affected include cattle, pigs, sheep, goats, and all cloven-hooved wild and domestic animals; equines are NOT affected. Clinical signs in cattle include oral and hoof lesions (vesicles, blisters, ulcers), salivation, drooling, lameness, and abortions. Pigs have mild to severe hoof lesions, lameness, hoof sloughing, snout vesicles, and oral lesions less severe than cattle. Sheep and goats have mild signs, if any. Cervidae have mild to imperceptible signs but can act as viral reservoirs for domestic animals. Morbidity is typically 100 percent. Mortality is usually less than one percent but is more severe in young stock.

The vesicular stomatitis (VS) virus is found in North, Central, and northern South America. The endemic VS strains in the U.S. are the New Jersey and Indiana 1 subtypes. Species affected include equines, cattle, pigs, sheep, and goats. Recent VS cases in the U.S. have mostly affected horses and occasionally cattle housed with or near horses. Clinical signs in cattle include vesicles in the oral cavity, mammary gland, coronary bands, and interdigital space. Pigs have lesions similar to cattle. Sheep and goats rarely show signs. Horses show severe lesions such as extensive oral vesicles and ulceration, coronary band lesions, drooling, and lameness. Cervidae have only been affected experimentally. Morbidity varies but can be up to 90 percent; mortality is low.

Many European countries are affected by swine vesicular disease. Pigs are the only species affected. Signs include lameness, salivation, and neurological signs; lesions are less severe than in other vesicular diseases. Younger animals are more severely affected. Morbidity is low and mortality is generally not a concern.

Vesicular exanthema has only been found in the U.S. and was eradicated in 1956. Only pigs are affected. Clinical signs include deep lesions with granulation tissue formation on the feet. Morbidity can be up to 100 percent, but mortality is low.

Seneca Valley virus is endemic in the U.S. It is indistinguishable from the other more serious and economically devastating vesicular diseases mentioned above; it must be included in the differential list of possibilities when seen in swine.

Introduction of any non-endemic vesicular diseases would be disastrous to the U.S. economy and livestock industry, with millions to billions of dollars lost directly and indirectly.

Neighboring farms may need to be quarantined and other practitioners may need to become involved in the containment effort. In the event you identify a suspected vesicular disease case, you may be required to stay on the farm and help carry out specific disinfection protocols or other duties based on recommendations of the foreign animal disease diagnostician, state veterinarian, and/or the APHIS area veterinarian-in-charge.

Early detection, prompt diagnosis, effective isolation/quarantine, and rigorous biosecurity methods are key to disease control. As the accredited veterinarian first on the scene, you have a critical role in stopping the spread of these highly contagious vesicular diseases. 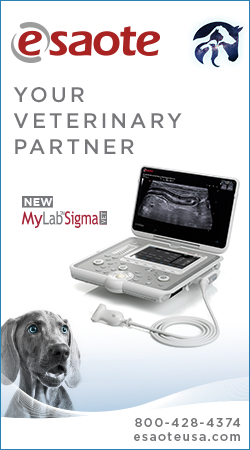