West Virginia (SB 218) and Tennessee (HB 1945 and SB 1914) have bills that would permit consumers to hire unlicensed people, including those who practice veterinary medicine. The bills would require providers to disclose that they are not licensed. In Tennessee, a written agreement between the parties would be required prior to any work starting.

New Jersey is considering one bill dealing with non-economic damages and another with expanded economic damages. S 722 would establish a civil action for damages–including compensation for emotional distress suffered by the owner–that may be brought by any person who has a right of ownership in an animal that is injured or killed as a result of an unlawful and intentional, or a negligent act of another. The bill does not authorize any award of noneconomic damages in an action for professional negligence against a licensed veterinarian and the compensation for emotional distress would be capped at $5,000. A second New Jersey bill under consideration, A 1698, would allow the owner of a domestic companion animal that the owner believes has been subjected to veterinary malpractice, resulting in the death of or injury to the animal, to bring a civil action for expanded economic damages against the veterinarian allegedly committing the veterinary malpractice.

Indiana’s SB 226 would exempt individuals who perform teeth floating on horses from licensing or special permit requirements if the individual has a valid certification from the International Association of Equine Dentistry or an equivalent certification approved by the board of veterinary medicine. The individual would have to act under the direct supervision of a licensed veterinarian when administering a sedative drug to a horse before performing teeth floating. A hearing has already been held and the bill has progressed to the House.

Vermont’s H 613 would require veterinarians, as well as pharmacists and other health care professionals, to add a warning label or sticker to the prescription container when dispensing an opioid medication that identifies the medication as an opioid and warns of the risk of addiction and overdose.

Oklahoma’s SB 1787 and SB 1788 would change the title of veterinary technician to registered veterinary nurse.

$73 million for CVM teaching hospital in the works

Indiana’s HB 1007 would provide $73 million for construction of the College of Veterinary Medicine Teaching Hospital at the Purdue University in West Lafayette. The new hospital, which will be constructed just east of Lynn Hall on Purdue’s campus, will consist of small and large animal facilities, including a new equine hospital and farm animal hospital. A news release outlines the project.

For more information, and to view the Legislative Chart, click here. 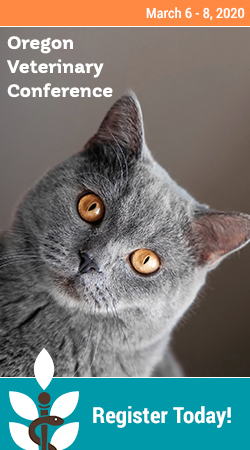