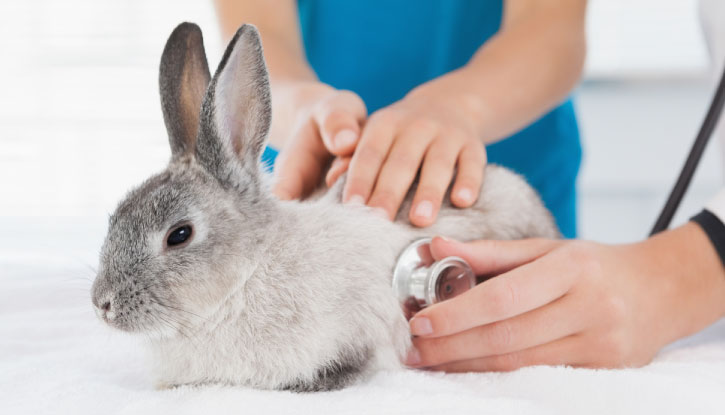 Rabbit hemorrhagic disease is a serious disease of rabbits that is easily spread, causes a high rate of infection and death, and the agent (calicivirus) is very stable in the environment.

On March 8, the Canadian Food Inspection Agency (CFIA) reported the detection of rabbit hemorrhagic disease (RHD) virus serotype RHDV2 to the Office of International Epizootics.  Media articles had reported the death of rabbits on the Vancouver Island University, Nanaimo campus and in the Rotary Bowl area of Nanaimo, Vancouver Island, B.C. March 2, 2018. British Columbia has confirmed RHDV2 in dead rabbits from Annacis Island and Delta, approximately 10 miles from the Canadian/ Washington State US border on the Canadian mainland. A vaccine (Filavac KC +V) for this RHD serotype 2 virus is under review for use in Canada to protect rabbits. Filavac KC +V vaccine is reported to contain viral antigens from both RHDV-1 and RHDV-2 and therefore should be protective against the BC RHDV2 strain.

Rabbit hemorrhagic disease occurred in the U.S. in 2000 (Iowa) and 2001 (Michigan, New York and Utah). However, the outbreaks were restricted to small groups of affected rabbits.

RHDV2 was identified in France, 2010, but has never been reported in the United States. There are concerns that if introduced to the U.S., this new RHDV2 could affect the commercial industry (rabbit meat for metropolitan markets and high-end restaurants, Angora wool, laboratory), along with pet rabbits for 4H/FFA students/exhibition/show/hobby. USDA estimated in 2001 there were approximately five million pet rabbits owned by 2.2 million U.S. households. Laboratory use of rabbits in 2000 was more than 250,000. The 4H and Future Farmers of America (FFA) youth programs may have one million animals involved in those projects. Hobby breeders, represented by the American Rabbit Breeders Association (ARBA) sponsors 4,000 shows a year, and show an additional 930,000 rabbits a year. The total domestic rabbit population in the U.S. in 2000 may have been nine million.

Animals affected by RHDV are domestic and European rabbits (Oryctolagus cuniculus). Native North American rabbits are different species including the cottontail (Sylvilagus audubonii) and jack rabbits (Lepus spp.). Eastern cottontails, black-tailed jackrabbits, and volcano rabbits can be infected experimentally with RHDV, but do not develop signs of disease. It is not known how this new RHDV2 would affect native North American wild rabbits.

Transmission of rabbit hemorrhagic disease can be by direct contact with infected animals and contaminated foreign objects. Rabbits can become infected through the oral, nasal, or conjunctival routes. Rabbits shed RHDV in the urine or feces for as long as four weeks after infection. RHD virus can be spread on contaminated food, bedding, fur and water. Mechanical transmission of the RHD virus, over short distances, can occur by the contaminated clothing of people, biting insects, birds, rodents, wild animals, fur or vehicles. The virus can survive for long periods of time in the environment and remain infectious to animals. The disease does not affect humans.

The time from infection to first signs of RHDV2 disease may be up to nine days. Affected rabbits may develop a fever and die within 12 to 36 hours. Infected rabbits may appear dull, reluctant to eat, have congested membranes around the eyes, nervous signs, incoordination, excitement, and paddling. Breathing may be difficult and a blood-stained, frothy nasal discharge may be seen at death.

Animals that die may have a pale liver and enlarged spleen. Hemorrhages may be observed in the lungs, trachea, thymus and surfaces of the intestinal viscera.

Rabbit hemorrhagic disease must be reported to state or federal authorities immediately upon diagnosis or suspicion of the disease.

Since there are no vaccines currently available for RHDV-2 in United States, the best way to protect your rabbits is by enhanced biosecurity practices.

WSDA advises that licensed veterinarians can request an import of the Filavac KC +V inactivated rabbit hemorrhagic disease vaccine by submitting an application for a Veterinary Biologics Import Permit for Research and Evaluation through APHIS ePermits, using the ePermits Portal hyperlink.

There are concerns that people bringing rabbits from Canada to fairs, shows or exhibitions could introduce RHDV to the U.S. A certificate of veterinary inspection must accompany all animals entering Washington State. Please contact WSDA at (360) 902-1878 or (800) 606-3056 to report unexplained increase in death or disease in rabbits. Report wild rabbit die-offs by email, or via the WA Department of Fish and Wildlife website.

For more information on signs and symptoms of rabbit hemorrhagic disease, visit the WSDA website.